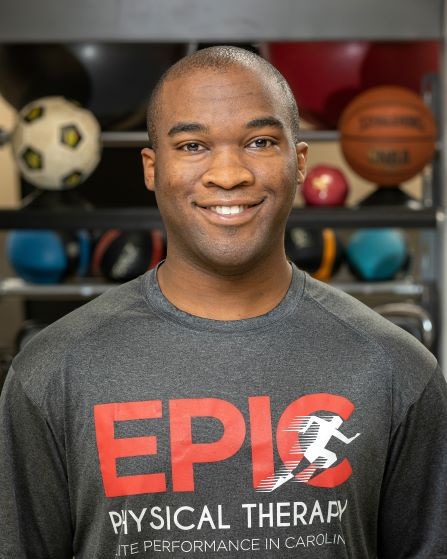 Originally from Wilmington NC, Byron graduated from East Carolina University with a Bachelor of Science degree in Athletic Training. While studying at ECU, Byron worked with the baseball, women's soccer, and football programs but had multiple experiences working with different local high schools. Upon graduating from ECU, Byron moved to Annapolis MD and completed a year-long internship at the United States Naval Academy working with the men's basketball, baseball, and squash teams. Following his time at the Naval Academy and prior to joining the EPIC PT team, Byron moved to Tennessee where he worked as an athletic trainer for the Men’s and Women's Tennis teams at the University of Tennessee Knoxville. While working, Byron also completed his Master of Science Degree in Recreation and Sports Management at the University of Tennessee Knoxville.

Byron participated in a variety of sports growing up but his favorite sports was lacrosse which he played competitively throughout middle and high school. His interest in sports medicine stemmed from a knee injury he sustained playing high school lacrosse which inspired him to want to help others with their own injuries. Byron continues to play lacrosse when he can and also enjoys spending time at the beach and with family.